Back Products
Back Kjeldahl Analysis: Reagents for Nitrogen Analysis
Back

It is an official method and it is described in different normatives such as AOAC, USEPA, ISO, Pharmacopeias and different European Directives. The Kjeldahl method is used to determine the nitrogen content in organic and inorganic samples.

Digestion:
The sample is digested in boiling concentrated sulfuric acid, with the addition of a catalyst, until complete dissolution and oxidation. The nitrogen contained in the sample becomes Ammonium Sulfate.
Protein (-N)+H2SO4 (Sample) ->(Catalyst)-> (NH4)2SO4+CO2+H2O 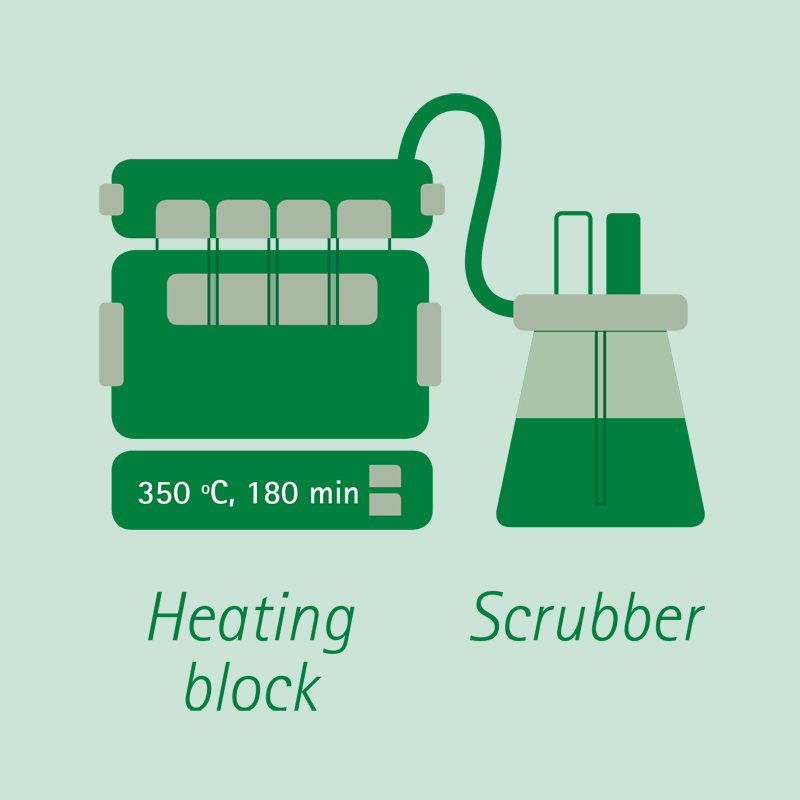 Distillation
Adding an excess of sodium hydroxide solution, the ammonium ion is released in ammonia form, distilled and received on a boric acid solution or a sulfuric or hydrochloric acid volumetric solution.
(NH4)2SO4 + 2NaOH -> 2NH3 (gas) + Na2SO4 + 2H2O
The receiving vessel for the distillate is filled with an absorbing solution in order to capture the dissolved ammonia gas. 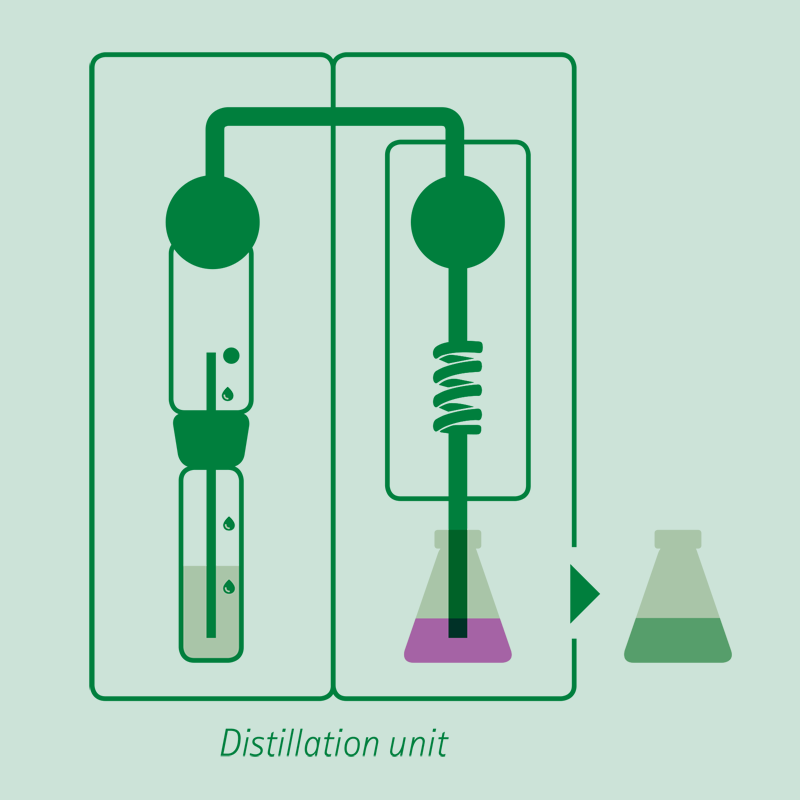 Titration
The ammonia is determined with a volumetric acid solution or by back titration with sodium hydroxide solution of a known concentration if it was received on hydrochloric or sulfuric acid. The results can be expressed in % N, % NH3 or protein (%N x factor). 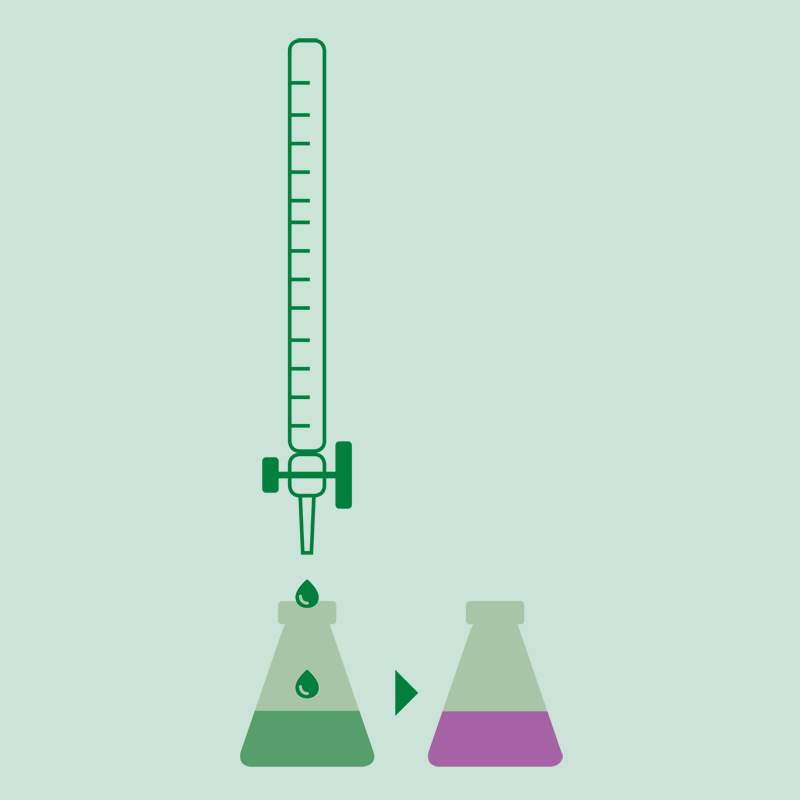